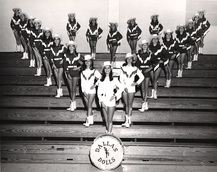 History of Texas Touch of Class

The group was originally formed in 1967, as the Dallas Dolls Performing Corp.  The Dallas Dolls marched 32 girls strong.  They competed throughout the United States, and won State and National Championships.  The group also marched in the televised Christmas parade in downtown Dallas, the opening day of the State Fair of Texas parade and the State Fair of Texas torch light parade.  Dallas Dolls members held Miss Majorette of the Southwest titles and Miss Majorette of Texas titles, as well as, regional, state and national strut and solo titles. 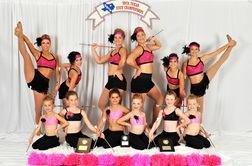 In 1994, students were not only coming from just the Dallas/Ft. Worth area, but from all over Texas.  Therefore, the group changed the name to Texas Touch of Class.  Today, the students are from Lewisville, McKinney, Austin, Rockwall, Rowlett, Sachse, DeSoto, Richardson and Dallas.  There are also students from outside of the state of Texas.

Even though the name changed, the quality and championship wins are still strong.  Winners have captured Southwest Regional and Texas State Miss Majorette titles, regional and state strut and solo championships, as well as, national awards.